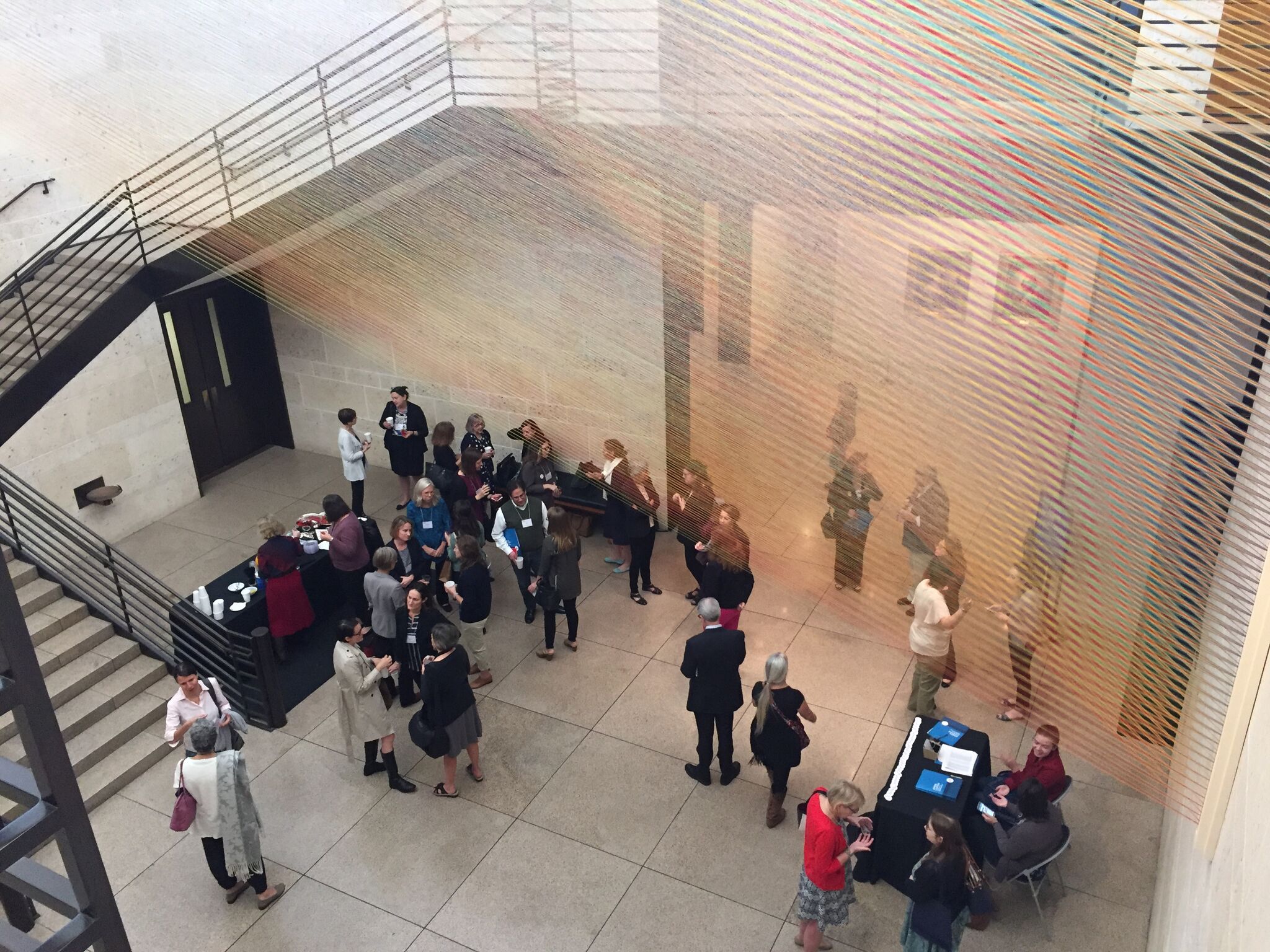 In the weeks leading up to the biennial gathering of the Association of Historians of American Art (AHAA) in Fort Worth this year, exclamations of AHAA! echoed throughout the Amon Carter as we prepared for attendees’ arrival in the Lone Star State. A taco truck for lunch? AHAA! A behind-the-scenes tour of the Kimbell’s exhibit Monet: The Early Years? AHAA! A mechanical bull in the Amon Carter’s atrium? AHAA!?

We took up the Association’s rousing acronym as our personal “huzzah” and welcomed more than seventy scholars of American art to Cowtown, USA. While our efforts to install a mechanical bull in the museum’s atrium fell short, a wild ride was had by all over the two-day conference in October. Intrepid scholarship was presented, coffee was guzzled, hard-hitting questions were launched, and the Law & Order “DUN-DUN” jingle was heard more than a few times (prize for most creative and acoustic PowerPoint goes to Lauren Lessing, Terri Sabatos, and Nina Roth-Wells!). 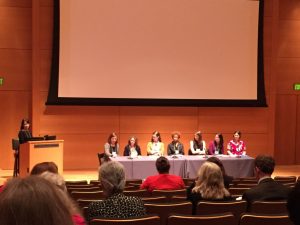 Fig. 2. Graduate students answer questions from the audience after the fast-paced Lightning Round. Joy Kim, Assistant Curator of Photographs at the Amon Carter Museum of American Art, moderates the session.

But on a more serious note, this year’s conference brought together a stellar collection of research. From Emily Moore’s assertion of the rightful Native narrative surrounding a nineteenth-century Tlingit totem pole to Nancy Scott’s unearthing of an unlikely friendship and correspondence between Georgia O’Keeffe and Albert Barnes, talks focused on new discoveries in the field and reevaluations of dominant threads in the narrative of American art. Alexis Boylan made an impassioned take down of Walton Ford’s visual appropriation of J.J. Audubon’s work, arguing that art historians have too easily collapsed Audubon and Ford so that now neither can be considered without the other. Her use of contemporary reviews and press clippings grounded art history in the immediate present and reminded us of the need to be vigilant against distorting art’s chronology and narrative. 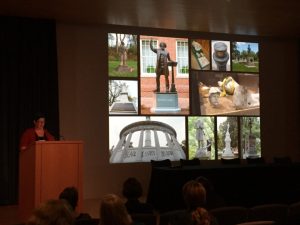 Amy Von Lintel and Bonnie Roos called attention to the Texas panhandle as a vibrant nexus for modern art during the 1950s by examining a group of women artists who exhibited their work with Amarillo gallerist Dord Fitz. From Louise Nevelson to Helen Frankenthaler, prominent modern artists romped in the Texas plains (I believe there was even a mention of calf fries…) and enjoyed an artistic freedom unavailable in the New York art world. Christina Weyl also unveiled the ways in which women pioneered modern art practices during the mid-twentieth century in her presentation on fiber artist Sue Fuller. Rejecting the prevailing association of textile materials with craft and “women’s work,” Fuller created string-wrapped compositions that defied categorization—was it painting or sculpture?—and challenged the stigma of textile as a feminine medium.

The panel “Monuments and Memorials” proved to be an especially revelatory grouping of presentations that brought history into our ever-changing environment, demonstrating how contemporary viewers often transform a work’s meaning. Emily Burns questioned the traditional lens of imperialist nostalgia through which Cyrus Dallin’s equestrian sculptures are viewed and Andrew Wasserman examined Cold War-era nuclear public art through Alan Gussow’s Shadow Project, drawing disquieting parallels with today’s political atmosphere. Sarah Beetham posed a timely question, asking who is responsible for public monuments when they become victims of vandalism, revision, or neglect. Her presentation weaved together recent accounts of “Black Lives Matter” protests and the defacement of Confederate monuments that highlighted the complexities of caring for art whose message is no longer accepted, or readily understood, in today’s society. A later presentation by Lessing, Sabatos, and Roth-Wells, which examined issues of iconoclasm surrounding the stabbing of colonial portraits by rioters, resonated with Beetham’s talk and underscored the importance of protecting art despite differences in belief systems—a point that surely struck a chord with attendees in the context of ongoing vandalism and looting of monuments in the Middle East. 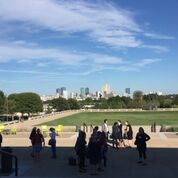 Fig. 4. AHAA members gather to say their goodbyes after the final conference session on the Amon Carter’s front porch .

At the close of the final panel on Saturday, members gathered on the front porch of the Amon Carter and looked out over the Fort Worth skyline. It was mid-October and still in the upper 80s, giving attendees a true taste of our little piece of Texas. We hope we lived up to the age-old saying, “Everything’s Bigger in Texas” and left you with big ideas on where art scholarship is headed, big bellies of good Tex-Mex and barbecue, and big hearts for the Association of Historians of American Art for providing us this biennial opportunity to gather together. And with that, I’ll leave you with one final yeehaw—AHAA!

All photographs by Ellery Foutch

About the Author(s): Michaela Haffner is Curatorial Assistant at the Amon Carter Museum of American Art.