A monument leads an unhappy life. The best it can hope for is to molder quietly under a mantle of pigeon droppings, for when the people or events it celebrates attract a critical eye, its travails begin. Because a monument holds up its subject to memory, even adulation, it is likely to suffer for the failings of the animate. As the architect Benjamin Latrobe wrote at the end of the eighteenth century, “I could furnish you with many . . . proofs of the perishability of statues and the immortality of pyramids, from Rome, Westminster Abbey, the cidevant place Louis XIV, the cidevant Church of St. [sic] Genevieve, Egypt, Greece and Italy, and (if Mr. Reed will permit) from South Carolina.”1

The destruction of monuments is an old and often-cherished tradition in the United States. A gilt-lead statue of George III, erected on Bowling Green, New York City, by the colonial assembly in 1770, was pulled down on July 9, 1776, an event celebrated in paintings and prints during the nineteenth century. The half-finished Washington Monument was commandeered by members of the anti-immigrant and anti-Catholic Native American (“Know Nothing”) party in 1855 to prevent the use of a memorial stone contributed by the Vatican. Over a century later, it was attacked by an anti-nuclear protestor, who claimed to have a bomb. Bullet holes that were left when the police killed him can still be seen on the obelisk. Black residents of Charleston so damaged a late nineteenth-century memorial to slavery apologist John C. Calhoun that it had to be replaced a few years after its installation. 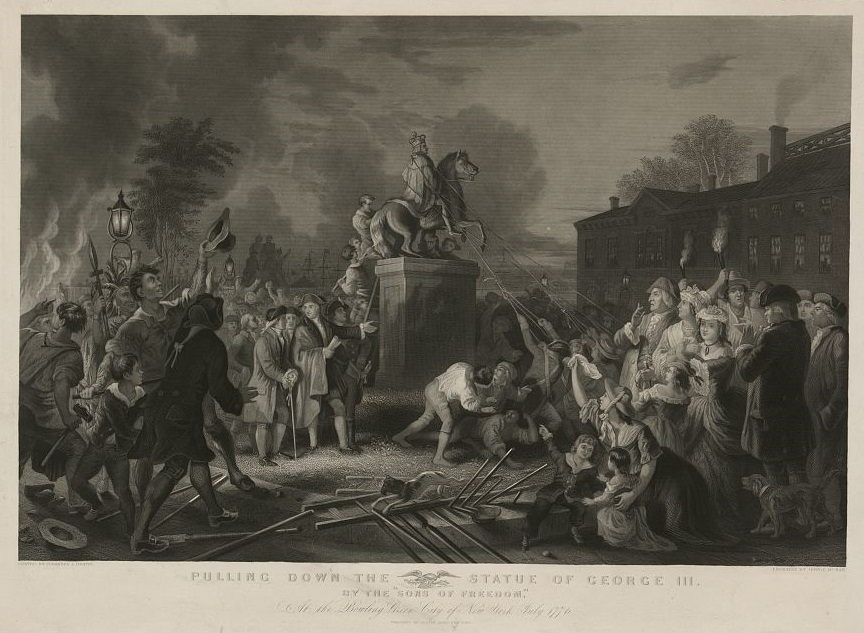 Fig. 1. Pulling down the statue of George III by the “Sons of Freedom,” at the Bowling Green, City of New York, July 1776, painted by Johannes A. Oertel and engraved by John C. McRae. Published by Joseph Laing, New York, [ca. 1875]. Library of Congress Prints and Photographs Division, Washington, D.C.

The events of recent years, notably those at Charleston in 2015 and at Charlottesville in 2017, have brought a long-simmering resistance to the celebration of white supremacy in the United States to a head. This bully pulpit is meant to enlarge the scope of these recent conflicts beyond the simple keep them/remove them argument that dominates popular culture. Confederate and other white supremacist monuments are not alone in our landscape. We are surrounded by objects of public and private commemoration that stand for everything from personal grief to political indoctrination and triumphalism. To understand their import, we need to ask how the contested memorials fit into this commemorative tradition, but also, in this case, to a civic landscape of white domination that they were created to annotate and ornament. To treat them as isolated objects or mere works of art is to miss much of their significance. 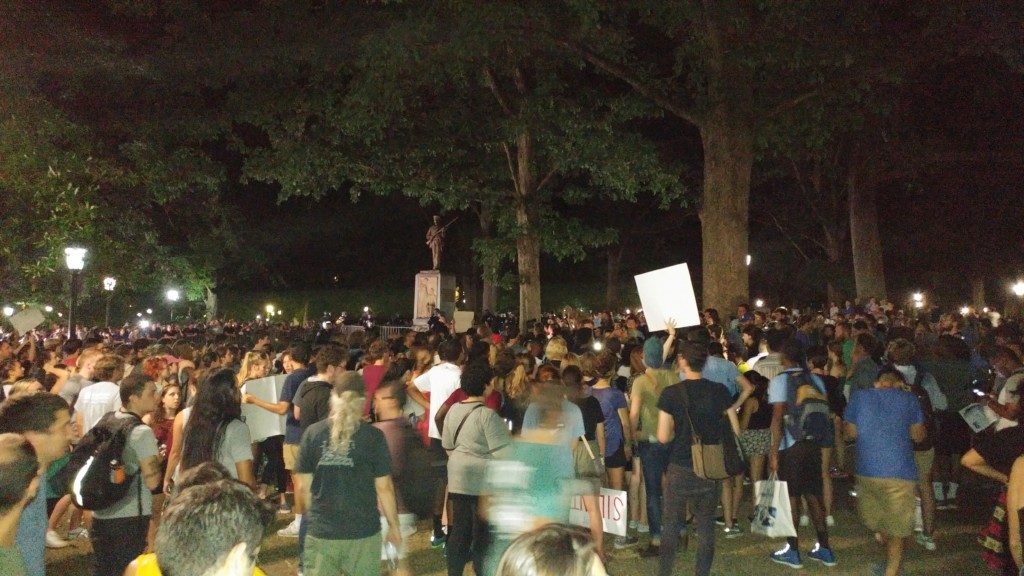 At the same time, the commemorative landscape is a landscape of constant change as new memorials and altered civic spaces cast older ones in fresh, often awkward lights, and as the memorials themselves are altered by nature, neglect, and human action. What does it mean to add new commemoratives, such as the newly inaugurated National Memorial to Peace and Justice (popularly known as the Lynching Memorial) in Montgomery, Alabama, to the existing collection? What does the accommodation of both old and new monuments in civic space tell us about the nature of American society in the present?

Finally, are we in the midst of a sweeping transformation of the civic landscape similar to that which seems to be happening in the wake of the #MeToo movement? A common argument against the removal of white supremacist memorials evokes the proverbial slippery slope: won’t Washington or Jefferson be next? Yes, possibly. In his letter to Robert Goodloe Harper, Latrobe recounted, “A very striking proof of the folly of expecting that any statue will always be respected . . .” In Williamsburg, Virginia, a statue of Lord Botetourt, a widely admired royal governor, “had remained untouched during the whole [American Revolution],” but had recently been “mutilated, and decapitated by the young collegians, in the first frenzy of French revolutionary maxims, because it was the statue of a Lord.”2

Similarly, Jefferson’s statues have been attacked because he was a slaveowner and a rapist. Columbus’s monuments have been vandalized because he led the way for the destruction of an entire hemisphere’s environment and people. Where is the nuance, one might ask? When a national mythology is based on heroic, decidedly unnuanced portraits of superhuman men, why should we expect more nuance when the serious faults of those men are exposed? So yes, we are on a slippery slope. At best, we are on it for the time being. It is probably best to adopt a Kierkegaardian stance. In his account of the story of Abraham and Isaac, Kierkegaard argued that one must be willing to give up what one loves—Isaac, Jefferson—to get it back. For people with complicated legacies, we may eventually be able to find a way to commemorate them in nuanced ways. For those with straightforward legacies, such as Confederates and white supremacist politicians, no such nuance is needed or possible.

About the Author(s): Dell Upton is Distinguished Professor of Architectural History at the University of California, Los Angeles.