Museums Are Not Neutral: We Are Stronger Together

August 2019 was the second anniversary of Museums Are Not Neutral. We appreciate everyone who has supported our project and this opportunity to share our reflections on the initiative. Using a dialogue-based form for this essay, which corresponds with our collaborative process, we have each responded to a few key questions that people often ask us about this activity. 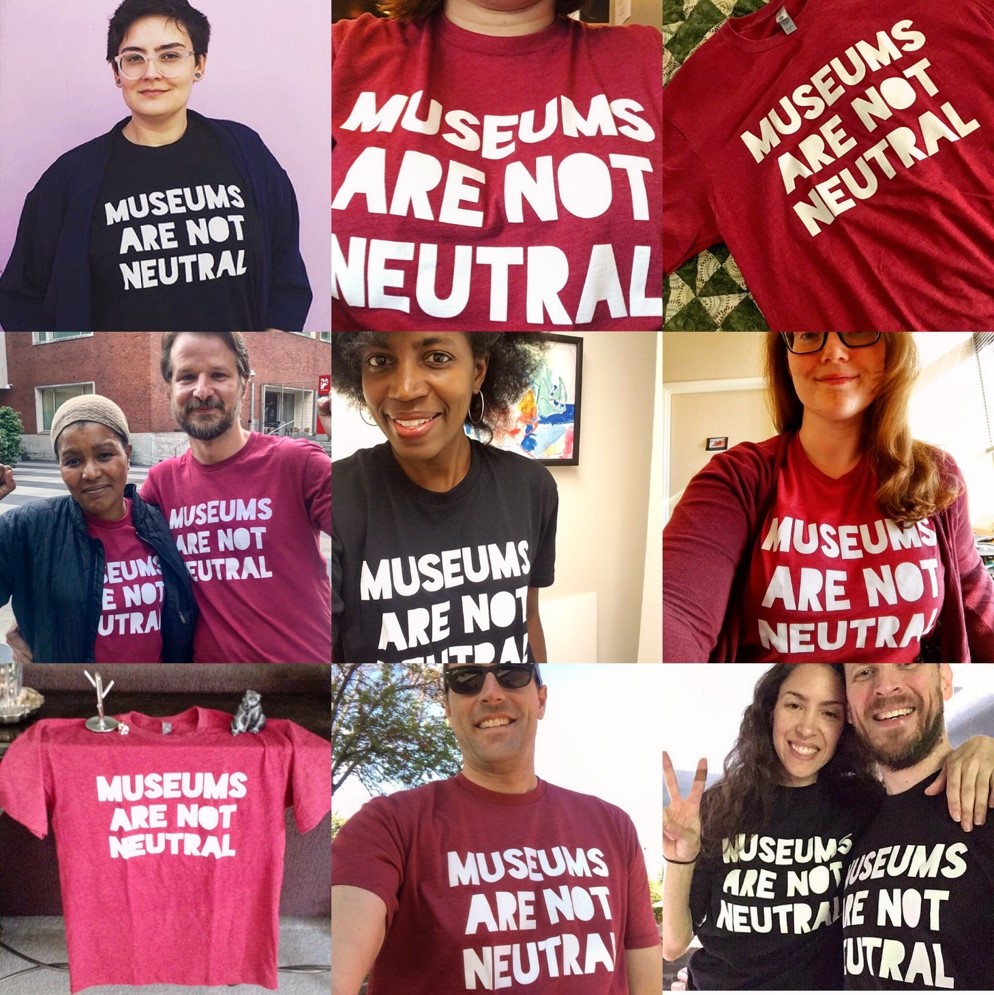 Fig. 1. Museums Are Not Neutral. Photo collages by Mike Murawski 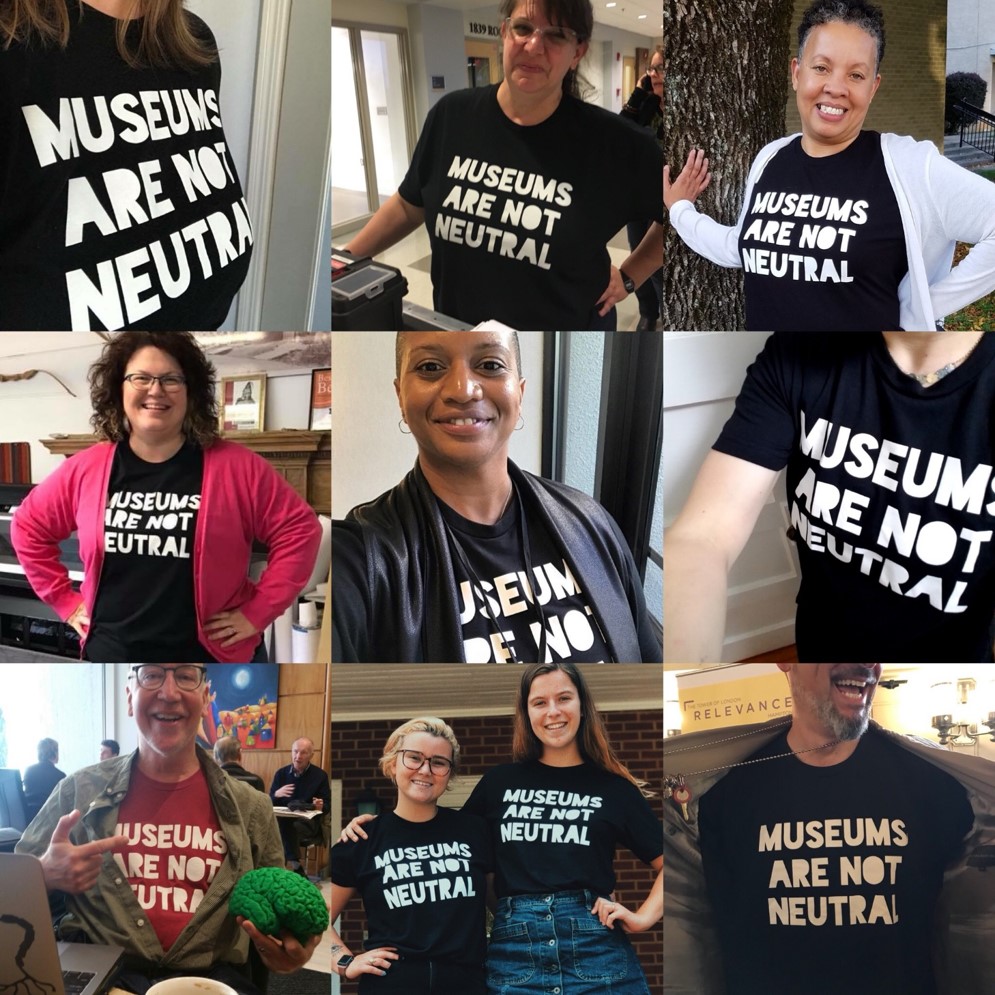 Fig. 2. Museums Are Not Neutral. Photo collages by Mike Murawski

What is “Museums Are Not Neutral”? How do you describe it to people?

Mike Murawski (MM): The Museums Are Not Neutral T-shirt campaign came about after a Twitter exchange between La Tanya and myself in 2017, relaying the frustrations around continued false claims of neutrality on the part of museum institutions. We had joked that it would make a great T-shirt, and then we decided to go ahead and make it happen. We both thought it would be a short three-week campaign, but we have been blown away by the response. So far, we have sold about two thousand T-shirts to folks around the globe and raised over $15,000 for social justice charities and nonprofit organizations, including the Southern Poverty Law Center and the Community Foundation of Greater Flint. The social media hashtag #MuseumAreNotNeutral has also brought together a larger, growing community of people throughout the world to share questions and resources and to help spread the message of this campaign. And the message is plain and simple: MUSEUMS ARE NOT NEUTRAL. Museums can be powerful agents of social change in our communities, and it’s up to us to make this happen together.

For me, the Museums Are Not Neutral movement is rooted in the work of so many leading voices across the museum field who are dedicated to dismantling racism and oppression in museums. I specifically look back to some of the critical conversations that museum workers were having back in 2014 after the murder of Michael Brown by police in Ferguson, Missouri. The emergence of #MuseumsRespondToFerguson, led by Adrianne Russell and Aleia Brown, was a pivotal call to action for museums and sparked a necessary debate about the role of museums in activism and social justice. My own work in this area has also been shaped by Museums as Sites of Social Action (MASS Action), an initiative that launched in October 2016 at the Minneapolis Institute of Art with a gathering of fifty practitioners for action-oriented conversations about the equity work going on inside museums. So many have been involved in this effort toward transformative change, and I’m honored to be a contributor to this change and help get others involved.

La Tanya Autry (LSA): Mike has provided a great overview of our initiative. While, of course, we brought our training and experiences to the development of this project, we started it independently from our jobs. It was not and is not a task assigned to us or an activity in service of particular museums. It is something we created because we each wanted to challenge this long-standing lie of neutrality. Using social media to build this challenge into a force was a natural extension of our practice. Both Mike and I have employed social networking platforms for several years. Once we had the campaign launched, we began tweeting and blogging about it. To help people find it online, I put a hashtag on it. That finding tool has been instrumental. People all over the world connect with one another through the hashtag on Twitter and Instagram.

As an art historian, I always like to highlight the roots of museums when I describe Museums Are Not Neutral. For the most part, museums are products and projects of colonialism. Because the origins and evolving practices of the construct stem from and perpetuate conquest, they are by nature not “neutral.” For decades artists, activists, and scholars in the US and beyond have opposed exclusionary modes of institutions, which include favoring works by White male artists for collections and exhibitions, maintaining predominantly White executive staffs and boards, and other practices. Our initiative spotlights actions for change and exposes how the claim of neutrality fosters unequal power relations, and Museums Are Not Neutral became my way to inform people that I reject the status quo. It’s one of my tools for improving the museum field, and it is now a global community.

How does Museums Are Not Neutral operate as a form of public engagement?

LSA: It’s a connection. Museums Are Not Neutral is a bridge for relating and discussing historical and ongoing colonialist practices with people from various occupations—museum professionals and other community members who may or may not regularly partake in museums. Wearing the T-shirt is, as one student termed, “a walking exhibition.” The emphatic statement often leads to impromptu discussions about the histories and roles of museums. These everyday encounters that happen in grocery stores, airports, on the streets, as well as on campus greens, and other places are opportunities for everyone to reconsider our institutions and envision what we want from them. Wearing the T-shirts in public spaces lets others know who we are. Also, through communicating via digital social networks, such as Twitter and Instagram, with the hashtag #MuseumsAreNotNeutral, we meet others who are building and organizing for social change. So Museums Are Not Neutral is a navigating and strategizing tool. While challenging oppressive practices in museums is difficult work and often feels isolating, the shirt and hashtag are pathways for finding one another. Through dialogue, we strengthen ourselves and become aware that there are in fact many people all over the world opposing that neutrality falsehood. Additionally, these exchanges help us to locate resources, learn methods, and collaborate to defy deep-seated structural problems.

Many professors have made Museums Are Not Neutral part of their curricula. Students across the US and abroad are considering it as they study the histories of museums and current practices in the field. It’s great that they are learning more about the internal institutional dynamics and methods professionals use to challenge exclusion. Several professors have invited Mike and me to speak with their students about the initiative. This activity is one of my favorite forms of public engagement because I’m committed to structural change. I believe reaching and strategizing with our next generation of leaders is essential. Education is one of the most important modes for initiating and developing substantive change. Museum and curatorial studies programs typically do not address or challenge the racism that permeates the field. All students need to know the realities so they can fight oppression in museums. In addition to reflecting on my experiences, I discuss antiracism methods and resources. These speaking engagements also specifically allow me to support Black, Indigenous, Latinx, and Asian students.

Our initiative began as a small-scale collaboration. Because of its open nature, it resonates with people from various walks of life. It’s wonderful to hear how it energizes the work of educators, curators, and college students. I’m especially pleased to learn how it connects with people who have avoided museums because they found these spaces racist or elitist. Some have told me that the shirt’s message tells them that others understand. The shirts, the discussions, the classes, and the activism it creates operate as affirming signs. Their perspectives are needed for building equitable, community-centered spaces. To me, Museums Are Not Neutral contributes to a long history of activism and supports people today who are working to improve our institutions and society in general.

MM: Not only has the Museums Are Not Neutral campaign been an extremely outward and public way for museum workers to come together (on social media, at conferences, in classrooms, and in museums) around these issues, but the T-shirt can be a really personal form of public engagement. In fact, one criticism that has popped up periodically about the campaign questions the value of simply wearing a “message tee.” And my response has always been that just wearing the T-shirt is not enough. This campaign and movement begin to matter the moment someone wearing the shirt strikes up a conversation with someone else about what museums mean to them. It matters when we take actions that address the oppressive legacies of museums and work toward transforming these institutions. It matters when we actively challenge the dominant narratives of art history as well as existing hierarchies of knowledge and begin to center marginalized histories, stories, voices, and perspectives. It matters when we interrupt the myth of neutrality within our own institutions and academic fields. When we wear this message and make it public, each of us is responsible for living out the meaning of the words and taking action to transform the systems within which we work.

In a field dominated by a culture of White supremacy, it is not always easy to take a stand and make change happen. At the core of the Museums Are Not Neutral campaign is the simple yet powerful recognition that what museums take for granted as “neutral,” “objective,” “normal,” “professional,” and “high quality” is all part of a status quo system, as La Tanya mentions, that perpetuates oppression, racism, injustice, and colonialism. Thanks to my collaborations and work with La Tanya as well as Portland-based community organizer Teressa Raiford, I find myself connecting with the words of Angela Davis, among many other scholars, writers, and activists. While speaking to a gathering of Ferguson protesters in 2015, Davis stated: “Any critical engagement with racism requires us to understand the tyranny of the universal. For most of our history the very category “human” has not embraced Black people and people of color. Its abstractness has been colored White and gendered male.” White supremacy thrives within this tyranny of the universal, the neutral, the apolitical, the fair and balanced, and the objective. Acknowledging that museums are not neutral is a meaningful and urgent step toward gaining awareness of the powerful role that White supremacy and White dominant culture play within our institutions. It is a crucial step toward recognizing one’s own role in questioning it, interrupting it, and being a part of taking transformative action to replace it.

PDF: Autry and Murawski, Museums Are Not Neutral

About the Author(s): La Tanya S. Autry is Gund Curatorial Fellow at moCa Cleveland. Mike Murawski is Director of Learning & Community Partnerships at the Portland Art Museum, OR