“Claiming the Unknown, the Forgotten, the Fallen, the Lost, and the Dispossessed” was one of two 2016 CAA panels sponsored by AHAA.1 It is a topic close to my heart and one that drives my work as a curator and art historian. I was encouraged, and even thrilled, that the panel attracted an enormous number of submissions. In order to focus from the pool of excellent proposals, I chose to organize the panel around professional object lessons—examples of how subjects that are on the verge of extinction in the field can be approached, how they can be reintegrated, what challenges are faced in doing this work, and what lessons can be imparted from living through the process. Four panelists represented the academic and museum worlds and attested to the value of championing under known artists, and topics that the art world has firmly placed at the margins. We are often taught that artists are either central or marginal, but the way in which artists interact and exchange ideas does not always support these imposed placements. “Peripheral” figures, we often discover by examining the archive, were at the center of friendships or the facilitators of ideas and new relationships. Often seeing anew is merely a case of shifting focus to those adjacent to the artists who always get the light. Some of the most exciting things happen in the dark, beneath rocks, discreetly concealed. 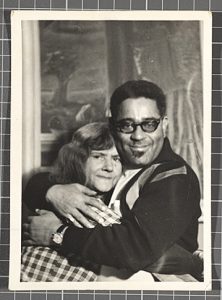 There is a lot at stake in asserting the power and meaning of what we are consistently told not to look at. New generations of students need to question the structure that established that there are “major” and “minor” artists, that there are “important” styles, and established (urban) centers of cultural production. Opting out of the status quo and questioning persistent labels is not popular and we are often dissuaded from it. This is something I have frequently experienced  because of the nature of my work. In graduate school, a professor whose innovative work I believed was evidence of his sympathy toward championing the unknown, forgotten, fallen, lost, and dispossessed, tried to convince me to work on a famous, establishment artist. He reasoned that I had no hope of getting attention for my interpretive work, which he admired, because I was applying it to the work of an under known artist. He was aware of the structure of the system and urged me to play into it rather than risk going against it.

As a beginning curator at the Pennsylvania Academy of the Fine Arts (PAFA), in 2006 I presented two major paintings by artists who happened to work in Chicago (Gertrude Abercrombie and Roger Brown) for purchase at a collections committee meeting (fig. 1). During deliberations about the proposed acquisitions, a committee member noted with some irritation that it seemed as though the museum was buying “a lot” of work by Chicago artists. My response was that if the two artists up for consideration had been based in New York, such an issue would not have been raised. To the credit of the committee, the works passed and eventually I made a case for collecting work by artists who had worked in Chicago as a critical collecting area. By the time I left PAFA in February 2016, the collection held the largest concentration of art by artists who worked in Chicago of any museum outside of Illinois. In the end, I had successfully argued for the Chicago artists being significant American artists; Chicago was a secondary issue. Along the way, I faced numerous questions, challenges, demands for justification, but ultimately gained champions in many parts of the institution who understood the strategy as part of a greater whole—a more complete picture of American art that did not skew overwhelmingly to the East Coast (fig. 2). 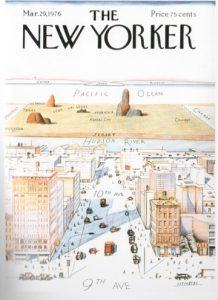 My real world examples from what is admittedly a short career thus far must be evidence of what happens constantly in the small microcosm of the art world. Suspicion over how the mainstream is challenged or rebuked has also resulted in an environment that even still by this writing, negatively affects the reception and reputations of women artists. While the Guerilla Girls arose out of an unsustainable climate of bigotry and bias over thirty years ago (fig. 3), recent work by Pussy Galore, Micol Hebron, and others have shown that improvement can be slow or reversed (fig. 4). The online publication Hyperallergic published a breakdown of demographics in the inaugural installation at the Whitney Museum of American Art in April 2015 that revealed the degree to which institutions need to question their biases and the manner in which permanent collections reflect the biases of a power class that has made those collections possible (fig. 5).

It is telling in this regard that the rare critic to address the lack of regional diversity in the Whitney Museum inaugural installation, America is Hard to See, was based on the West Coast. Los Angeles Times critic Christopher Knight may have searched in vain for a balanced representation of artists from San Francisco or Los Angeles, but any visitor would be hard pressed to find Philadelphia represented, and except for a meager handful of works, Chicago. Never mind the hulking rest of the country. Atlanta, Baltimore, Dallas, Minneapolis, and Madison, Wisconsin could also claim marginalized status. 2 Curators do not always have the required freedom to change the narrative with the public platforms allowed by museums. They might also be hampered by the limitations of their permanent collections. Subversion, however, can take many forms and it does not take much to shift the way in which art is understood through creative display. 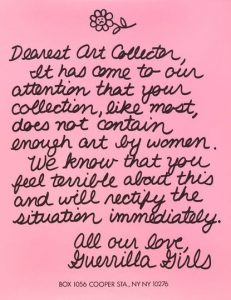 As my personal examples imply, any moments of pushback and questioning by superiors, board members, patrons, dissertation advisors, professors, and experienced peers, might cause or coerce one to revert to what is expected, to lean on “the tried and true,” and what is the already-signed-sealed-delivered. But that results in a boring art world. And none of us went into this profession because human creativity is predictable. When I think of what kind of an art world I want, I think of the first line from the 1961 statement by Claes Oldenburg: “I am for an art that is political-erotical-mystical, that does something other than sit on its ass in a museum.”3 I want to be surprised and even challenged by what I see. I also think of this statement from an unlikely source—Donald Judd:

The history of art and art’s condition at any time are pretty messy. They should stay that way. One can think about them as much as one likes, but they won’t become neater; neatness isn’t even a good reason for thinking about them…Things can only be diverse and should be diverse.4

The art world is an ecosystem that requires attentive stewardship and proactive cultivation. It demands that we make it one where diversity, in every sense, thrives: gender, racial, economic, regional, stylistic, and narrative. If we do not treat the art world like an ecosystem that requires this care and action, all of the interconnected components are at risk. Museums are at risk of becoming irrelevant to changing audiences; curators and art historians are at risk of reiterating tired old linear narratives and dialectical thinking; artists are subject to exclusion; collectors need to be agents of change instead of following cues from art market power brokers; they should demand different approaches from dealers; and dealers ought to be conscious about tendencies toward exclusion. 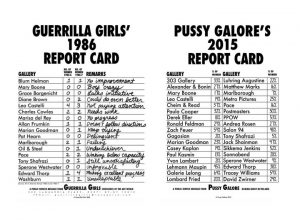 My whole career has been spent looking away from what I was taught was the center, poking away at tired narratives, reinserting artists that had been written off, integrating rather than replacing, and championing artists who did not fit, were deemed too weird, too personal, too difficult, and too local. I was fortunate to find a receptive environment, despite some initial suspicion, at PAFA. It is in the institutional DNA, in part because for much of its history, it has been a place led by artists and by the curious impulses, experimental nature, and adventurousness of makers. Despite this, championing this aspect of the PAFA identity was not easy and required persuasion made possible by the nature of the strengths of the collection and the quirks of its history. When I arrived, there was a tendency to cite what the institution lacked, instead of looking closely at its strategic patterns of collecting to see that what it offered was unique. But the key is to reflect on what only you can offer and emphasize and build on that—even if it means championing what others will not touch. 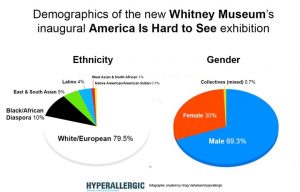 Remarkably I am now at an institution—the Minneapolis Institute of Art—that openly courts risk and has a staff that wants to emphasize simultaneity, support alternate views of American art history and reveal how an encyclopedic museum can be integrative rather than a system of galleries that act like cultural islands. Four contributors are also sharing similar experiences to those I have described, but they have also witnessed what can happen in a more open environment. In many cases they have had to navigate institutions and structures in order to define a different model for working. If their work points to anything, it shows that a more balanced art world is possible, but it has to be a choice and needs a critical mass of people to make different choices.

About the Author(s): Robert Cozzolino is the Patrick and Aimee Butler Curator of Paintings at the Minneapolis Institute of Art.