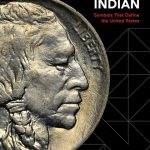 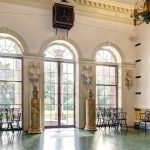 Two of the most prominent Native-made objects in Jefferson’s original hall were a pair of male and female figures that Jefferson had received several years prior to Lewis and Clark’s shipments. Curiously, the figures had disappeared from the historical record with Jefferson’s death in 1826. It came as quite a surprise, then, that during my internship I reidentified two stone heads that today sit in the hall display cases and are what remain of Jefferson’s original statues.