Fig. 4. Frida Kahlo: Appearances Can Be Deceiving at the de Young museum in San Francisco, 2020. Photograph by Randy Dodson. Image courtesy of the Fine Arts Museums of San Francisco

The exhibition Frida Kahlo: Appearances Can Be Deceiving opened at the de Young Museum in San Francisco on September 25, 2020, after several evolutions that began at the Museo Frida Kahlo in Mexico City in 2012, then underwent further development at the Victoria and Albert Museum (V&A) in London in 2018, and then had its debut in the United States at the Brooklyn Museum in 2019. The exhibition was inspired by new scholarship addressing links between Kahlo’s art and identity, borne out of discoveries of the artist’s personal belongings sealed within the bathrooms, cellars, trunks, and wardrobes of her former home, La Casa Azul, now Museo Frida Kahlo. While Appearances Can Be Deceiving addresses many of the same themes as its previous iterations, the de Young exhibition is unique for its inclusion of objects that are exclusive to that venue, such as drawings by Kahlo that are on public view for the first time as well as selections from the permanent collection of the Fine Arts Museums of San Francisco. 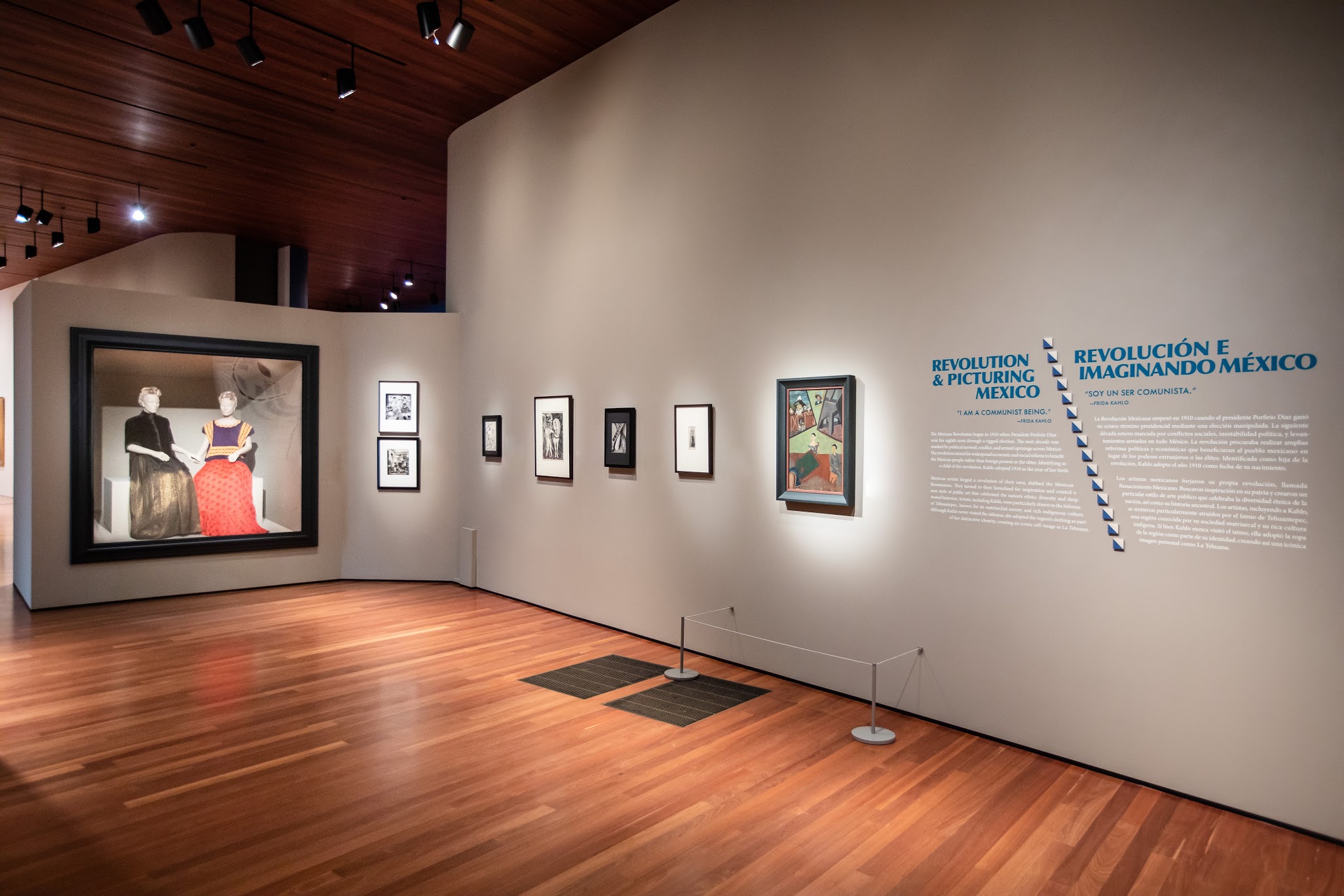 Fig. 1. Frida Kahlo: Appearances Can Be Deceiving at the de Young museum in San Francisco, 2020. Photograph by Randy Dodson. Image courtesy of the Fine Arts Museums of San Francisco

The exhibition title is inspired by one of Kahlo’s many self-portraits, a charcoal and colored pencil on paper drawing, dated about 1946, also titled Appearances Can Be Deceiving, which was found in a bathroom of La Casa Azul in 2007. The drawing, like the exhibition, reveals the many layers of Kahlo’s persona and serves as a visual manifesto for guest curator Circe Henestrosa, independent fashion curator and head of the School of Fashion at LASALLE College of the Arts in Singapore, and advising curator Gannit Ankori, professor of fine arts and women, gender, and sexuality studies at Brandeis University, who describe the central theme of the exhibition as Kahlo’s self-fashioning identity, primarily in response to ethnicity and disability.1 In the drawing, a transparent dress and huipil (tunic) both cover and reveal Kahlo’s body with a broken column at its center that represents her spine that was injured in a bus accident, her right leg atrophied from polio, and left leg covered in butterflies—imagery that Kahlo often associated with liberation. The drawing is displayed adjacent to a menagerie of objects behind glass: plaster corsets painted by Kahlo (fig. 2), a prosthetic leg with embroidered silk and a leather boot (fig. 3), plastic hair combs, sunglasses, a necklace attributed to Héctor Aguilar, chloroform, perfume bottles, nail polish, Ponds Dry Skin Cream, Poems by Walt Whitman, and more. Like the drawing, the menagerie reveals the dimensionality of Kahlo’s identity, and this section of the exhibition, Disability and Creativity/Discapacidad y creatividad, serves as its nucleus. 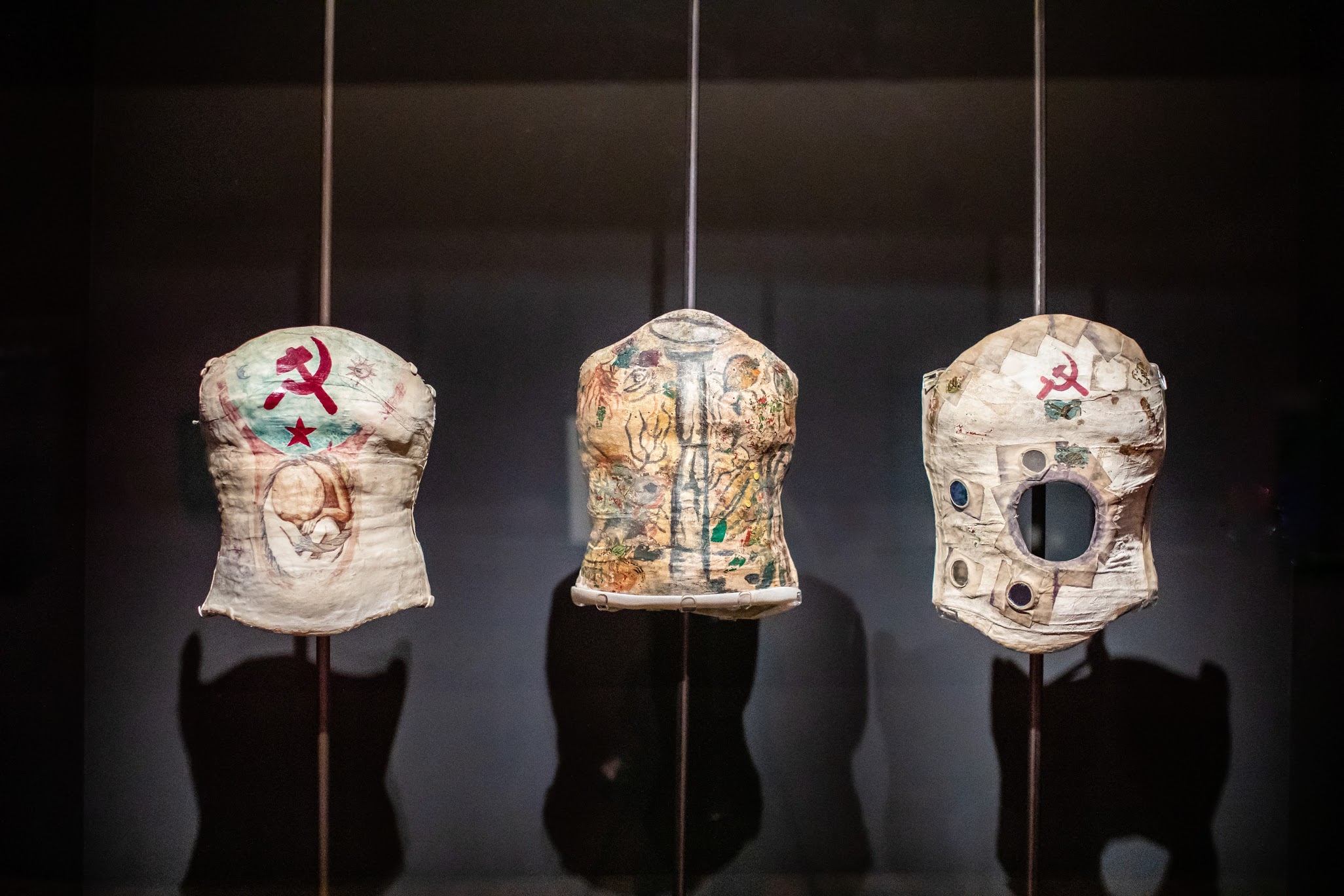 Fig. 2. Frida Kahlo: Appearances Can Be Deceiving at the de Young museum in San Francisco, 2020. Photograph by Randy Dodson. Image courtesy of the Fine Arts Museums of San Francisco 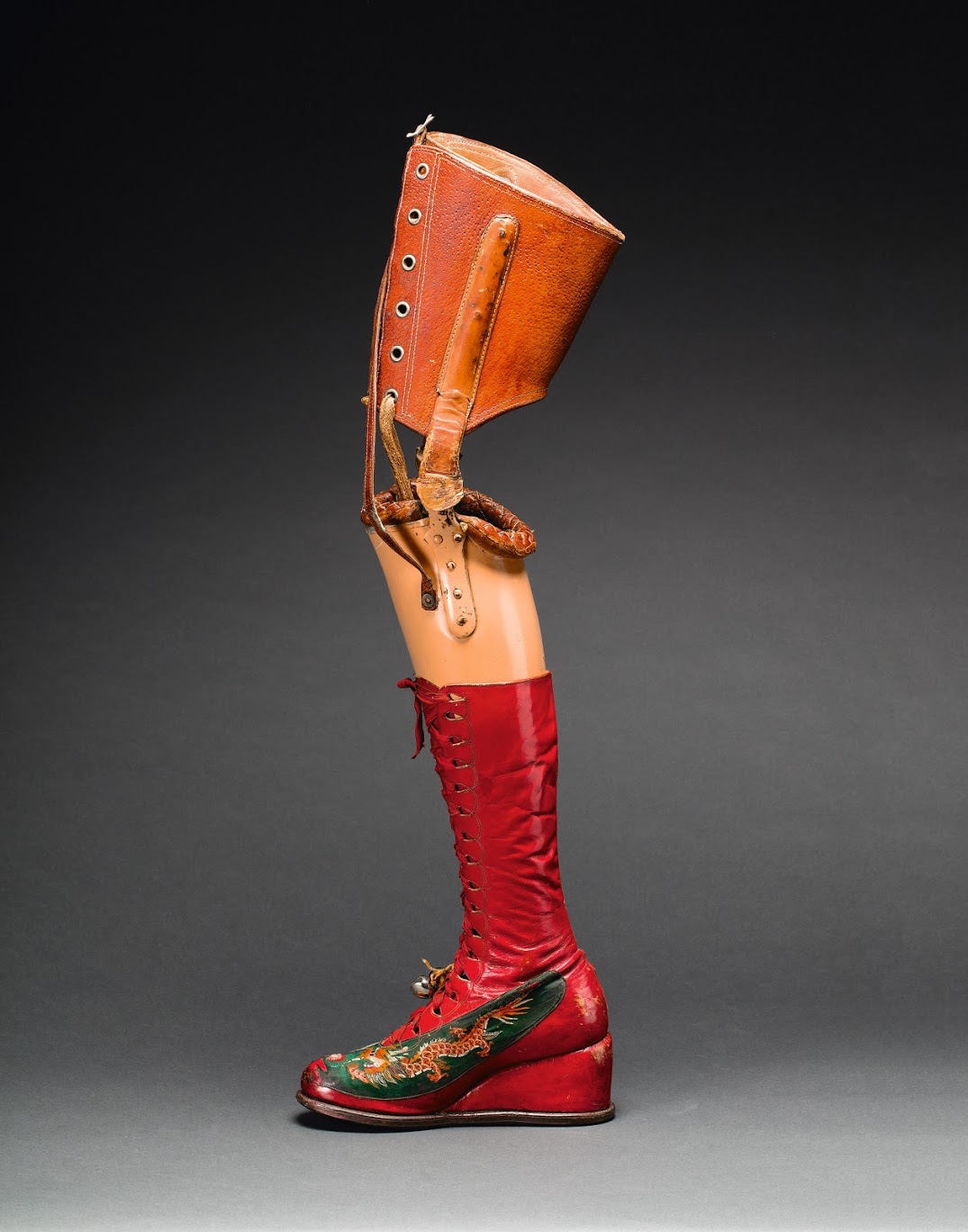 Fig. 3. Frida Kahlo: Appearances Can Be Deceiving at the de Young museum in San Francisco, 2020. Photograph by Randy Dodson. Image courtesy of the Fine Arts Museums of San Francisco

Located on the de Young’s second floor, the exhibition is relatively small, unlike many Kahlo blockbusters, including those held at the Tate Modern in 2005 and the San Francisco Museum of Modern Art (SFMOMA) in 2008. The opening gallery of Appearances Can Be Deceiving, Family Roots/Raíces familiares, has an intimate feel and ushers visitors into the exhibition through a series of alcoves featuring family photographs that when compared to the final gallery, Art and Dress/Arte y vestido, which presents Kahlo’s wardrobe displayed on mannequins behind glass (fig. 4), seems airy and even empty. Even so, the central narrative of the exhibition is consistent from beginning to end. Appearances Can Be Deceiving starts with The Calderón y González Family, a photograph featuring women dressed in the style of the Isthmus of Tehuantepec in Oaxaca, which Kahlo adopted.2 In blue pen, Kahlo circled the image of her mother, who is seated among the women, and wrote below “Mama (Oaxaca) Matilde Calderón, age 7, 1890.” By means of this photograph and the many objects contained within the following galleries, Appearances Can Be Deceiving rebuts the common narrative that Kahlo wore traditional dresses to satisfy her husband and asserts that Kahlo’s style was a celebration of her maternal heritage and was uniquely her own. 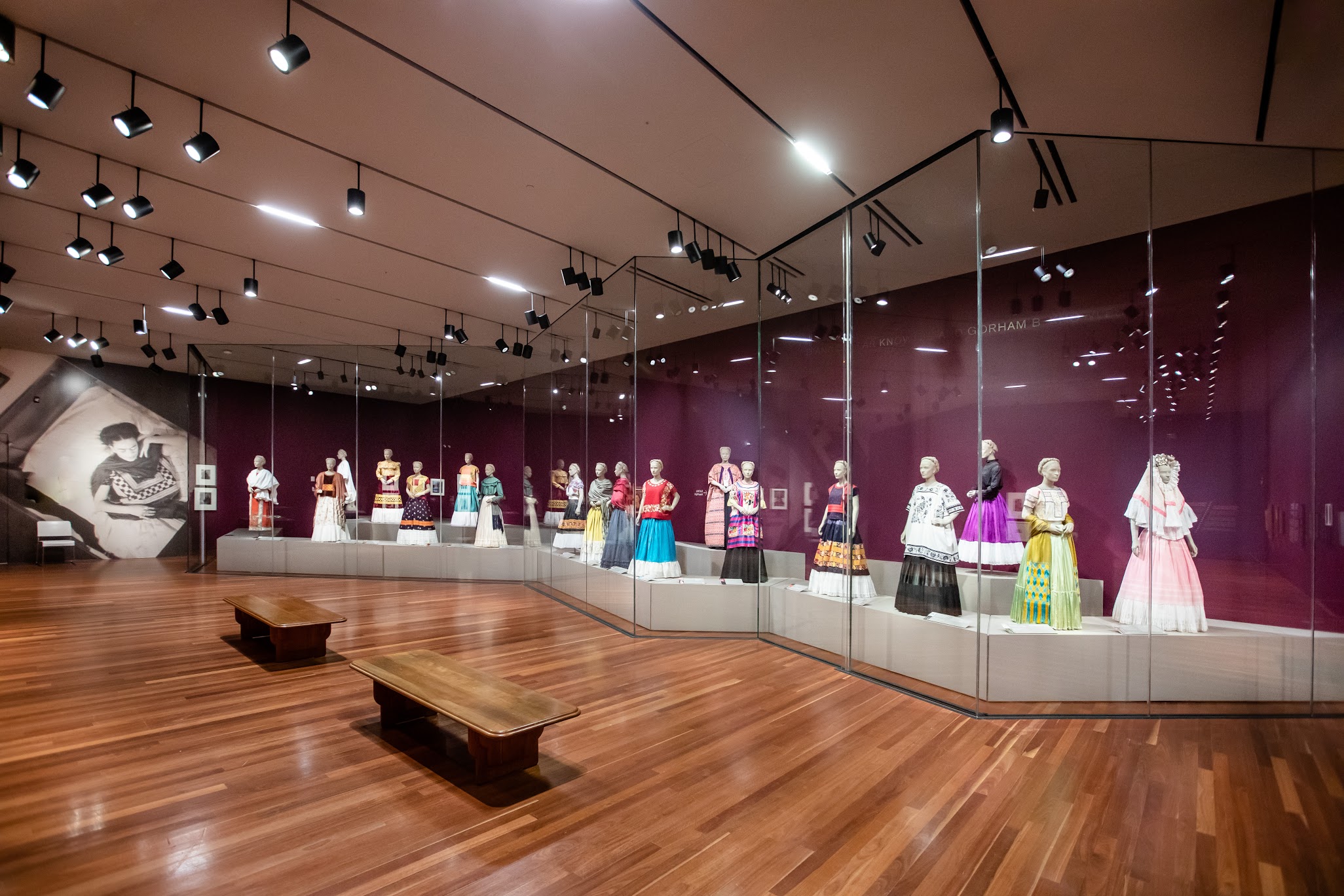 Fig. 4. Frida Kahlo: Appearances Can Be Deceiving at the de Young museum in San Francisco, 2020. Photograph by Randy Dodson. Image courtesy of the Fine Arts Museums of San Francisco

The story of Kahlo’s perseverance in the face of suffering, told through the artist’s personal possessions, would be poignant at any moment, but it is especially moving during the COVID-19 pandemic. As Hillary Olcott, de Young associate curator of the arts of Africa, Oceania, and the Americas and coordinating curator for the exhibition, recalled, the museum staff finished installing the exhibition just two days before San Francisco was shut down as a result of the pandemic.3 My visit took place during a short break between citywide orders that shuttered San Francisco’s museums; tickets were timed, and social distancing queues marked the museum floor. Despite the anxiety of the moment, a masked woman carrying a well-worn market bag featuring an approximate reproduction of Kahlo’s Self-Portrait with Monkey (1940; Private collection), enthusiastically shared Kahlo’s work with two young boys and lingered in front of the exhibition texts. Instead of simply fueling the cult of Fridamania, the objects on display offer visitors important insights into Kahlo’s work.4 Despite COVID-19 restrictions, onlookers crowded in front of a series of ten ex-votos from the nineteenth and early twentieth centuries made by various artists, which reveal a source of inspiration for the style and form of Kahlo’s paintings, especially when juxtaposed with her memorial portrait The Suicide of Dorothy Hale (1938–39; Phoenix Art Museum).

The de Young celebrates Appearances Can Be Deceiving as a homecoming for Kahlo, who lived in San Francisco with Diego Rivera in 1930 and 1931 while he was creating murals including The Making of a Fresco, Showing the Building of a City, and Allegory of California, although this perspective is not borne out by the exhibition. Frida Kahlo in San Francisco/Frida Kahlo en San Francisco is perhaps the smallest section of the exhibition, and it includes the artist’s entire US period, as Kahlo’s San Francisco paintings (Frieda and Diego Rivera [1930; SFMOMA]; Portrait of Dr. Leo Eloesser [1931; University of California San Francisco School of Medicine]), bleed into her New York work (the painting My Dress Hangs There [1933; FEMSA Collection]; the drawing View of New York [1932; Private collection), and then Detroit (lithograph El Aborto [1932; Fine Arts Museums of San Francisco]).

Despite its small size, the section devoted to Kahlo in San Francisco includes treasures such as the rarely seen Portrait of Mrs. Jean Wight (1931; Collection of Gretchen and John Berggruen), presenting the wife of sculptor Clifford Wight with cropped blond hair and jade green eyes that match a drawn curtain in the painting’s background, pulled back to reveal the urban landscape of San Francisco. As the opening text discloses, Kahlo’s time in San Francisco was transformative, both personally and professionally. Kahlo had never left Mexico before traveling to California, and in San Francisco she started to paint seriously. This is demonstrated by Kahlo’s portraits of Wight and Eloesser, as well as her self-portrait, Frieda and Diego Rivera, in which she “painted her Tehuana self for the first time.”5 Despite its significance, Appearances Can Be Deceiving neglects to contextualize much of Kahlo’s San Francisco period. For instance, Clifford Wight met Rivera in Mexico in 1922; followed him to San Francisco; created four murals inspired by Rivera inside the San Francisco landmark building, Coit Tower (Cowboy, Steelworker, Surveyor, and Farmer; the last of which is thought to be a portrait of the artists’ mutual friend Ralph Stackpole, who helped to secure Rivera’s San Francisco commissions); and is just one of many individuals who represent cultural exchange between Mexican and San Franciscan artists in the 1920s and 1930s.6 No doubt this connection impacted the reception of Kahlo and Rivera in San Francisco. One can only hope these relationships will be addressed in SFMOMA’s upcoming exhibition, Diego Rivera’s America, which is scheduled to open in 2022.

While the exhibition may leave visitors wanting to know more about Kahlo’s time in San Francisco, the de Young catalogue, Frida Kahlo and San Francisco: Constructing Her Identity, which serves as a supplement to the V&A catalogue, Frida Kahlo: Making Her Self Up, satisfies this desire. Photographs taken by San Francisco artists Edward Weston and Imogen Cunningham, Diego Rivera and Frida Kahlo (1931; Center for Creative Photography), and Frida Kahlo (1931; Center for Creative Photography), are shown on the walls of the exhibition’s closing gallery without any elaboration; however, Ankori offers insights into the portraits in her essay “Frida Kahlo in San Francisco.” Ankori argues, “In San Francisco, Kahlo had the opportunity to hone the skills she had acquired as a photographer’s daughter.”7 As a subject of the photographs by Cunningham and Weston, Kahlo embraced “her native costumes and sartorial flair,” which later found its way into her self-portraits.8 Some may argue that Kahlo has received more than her fair share of exhibitions, but Frida Kahlo and San Francisco: Constructing Her Identity reveals the potential for an exhibition that exclusively considers Kahlo’s time in San Francisco.9

PDF: Potter, review of Appearances Can Be Deceiving

About the Author(s): Berit Potter is Assistant Professor of Art History/Museum and Gallery Practices at Humboldt State University